Male, 31, 19kHz. I did a similar test in 2005 (age 25), and the result then was 20kHz, and 21kHz I could feel or sense, but not hear. This could be an effect of interpolation, as at higher frequencies integrated sound cards from laptops and pc’s are less accurate, and interpolation noise may be heard instead of the actual frequencies! Interpolation noise can best be described as sympathetic frequencies.

Harmonic resonances can be created by cheaper hardware like speakers that surpass their operating limitation. These speakers may output the original frequency with a delay, that could cause a superimposing frequency, of say C10. Harmonic frequencies (eg: on a C those frequencies would be E, G, and B, with a major frequency on the fifth or the G). 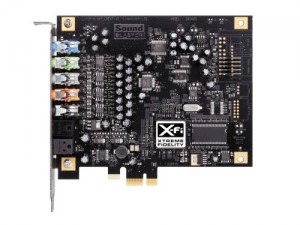 I may be bad in explaining things, but it’s entirely possible for a sound system to interpolate a frequency of 14080Hz (or A9), when the base frequency is 21.1kHz (or E10), making the user believe he can actually hear the 21.1kHz.

This effect also gets increased when increasing the volume of the amplifier.

In addition, most amplifiers are rated 20Hz to 20kHz. Not all amplifiers operate above 20kHz, and in some there may be a capacitor or even a frequency cutoff, nullifying any frequency beyond 20kHz, to save power and increase efficiency of the amp.

Some people taking this test, may even plug in speakers or headphones not designed for this test, believing they can only hear what their ([cheap] $15) desktop speakers can put out!

Some desktop speakers (especially the plastic cheap ones), can only put out ~12kHz and should not be used for this test!