Over 800 years ago, an instrument started to appear in the Middle East and in Western Europe called a hurdy gurdy. The hurdy gurdy was operated with a crank, and moved a rosin-coated wheel which “bowed” the strings of the instrument.

Fast forward to 1998, when Tiger Electronics started producing a very strange children’s toy called the Furby, which sold many tens of millions of units, resulting in a failed attempt to take over the world.

Well, some crazy person had the bright idea to combine these two weird things into – you guessed it: A Furby Gurdy.

The Furby Gurdy combines the “guts” of 4 Furby toys which can be made to produce music noise one after another by winding a handle, similar to a regular hurdy gurdy. Each of the little Furbys has been genetically modified (circuit bent) by adding new connections and controls which create all sorts of new and wonderful sounds. 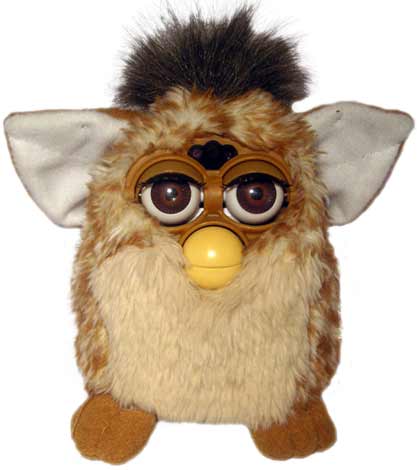 As the wheel is cranked, four wheels operate four switches each – the sequence is created or modified by adding or removing elements from 12 screw holes around the wheels. Each Furby has six controls: 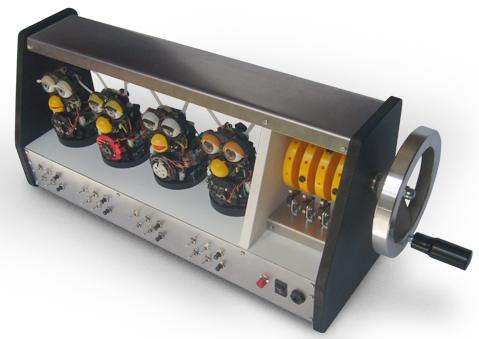 There are also sockets on the back for audio out and a trigger out to control external devices (the video shows it controlling a Korg synthesizer). Check this out to see pictures of the building process.

If you’re quick, you might still see the listing on Ebay for a Furby Gurdy. If you’d rather see a pikachu suffer the consequences of circuit bending, take a look at this .

Also, check out the BBC piece on the guy who makes them.