Throughout human existence, there have been two highly visible constants: the Sun and the Moon. For obvious reasons, each has played an integral part of culture, religion, and overall life. A world as we know it, without the sun, would not be possible. Likewise, the moon is responsible for both positive and destructive forces (such as the ocean’s tidal waves).

The sun is usually portrayed in positive light (gods, hope, life), and the moon is often linked to dark or mysterious forces (accidents, werewolves, fertility). For these reasons, the moon and the sun have been inspiration for songs or inclusion in lyrics. Below are a small sample of songs:

Smash Mouth- Walking on the Sun 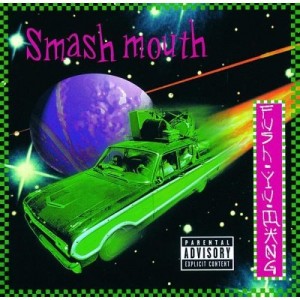 Smash Mouth is a Californian (ska) rock band founded in 1994. Their most popular song is the upbeat and fast Walking on the Sun, from 1997. The song is featured on the band’s first full length album Fush Yu Mang. The song reached number 1 on modern rock charts.
The band went through a lot of band member changes but the vocalist Steve Harwell, who is one of the original members, is still with the band.
Walking on the Sun was written by the band’s lead guitarist Greg Camp, who is also one of the founding members. Greg is also still a member of Smash Mouth.

Sheryl Crow — Soak Up the Sun 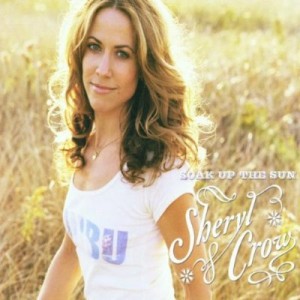 Soak Up the Sun is a country/pop song from Sheryl Crow. Released in 2002 on her album C’mon C’mon, the song reached number 1 at the Billboard Adult Top 40 Chart.
The theme of the song is ultimate surf and summer enjoyment, as made clear in the song’s video. Soak Up the Sun is one of Sheryl’s more upbeat and optimistic songs. Sheryl Crow has been a successful artist since mid 90s. Her best known hits include Every Day is a Winding Road, A Change Would Do You Good, All I Wanna Do and her Guns N’ Roses cover Sweet Child O’ Mine.

Savage Garden- To the Moon and Back

Savage Garden is an Australian pop-rock duo that was founded by Darren Hayes (singer) and Daniel Jones (keyboards & guitar), in 1994. Even though the band broke up in 2001, both members are working separately as songwriters, musicians and record producers. They both own their own record labels.
Their signature song To the Moon and Back was released on their first album Savage Garden. The song’s themes include alienation, loneliness, desperation and young love. The album was a major success, as it reached number 1 in Australia, 2 in the UK and 3 in the Unites States.
Darren maintained success as a solo act, as his albums sales (including those of Savage Garden’s) is estimated to be over 25 million. He’ll be releasing a new solo album this year.

Chorus
I would fly to the moon and back if you be. . .
If you be my baby
I’ve got a ticket for a world where we, we belong
So would you be my baby?

Paper Sun is from Def Leppard‘s critically acclaimed studio album Euphoria (their 7th studio album, released in 1999). The album went on to receive gold status in both Canada and USA; and its chart positions ranged from 7 to 54.
The album includes some pop and soft rock elements, in addition to the band’s signature hard rock sound.

Paper Sun is a song on the slower & more pessimistic side of Def Leppard, as the main theme is oblivion. Note that the album also has a song called Kings of Oblivion, written by three of the band members (Joe Elliot, Rick Savage & Phil Collen).

Famous CCR song Bad Moon Rising was written and produced by the band’s singer and guitarist John Fogerty. Released in 1969, the song was a huge success; reaching number 1 in the UK and 2 in the Billboard Hot 100 Singles chart.
Bad Moon Rising is featured on their third studio album Green River, which was released 4 months after the single.

I see the bad moon arising.
I see trouble on the way.
I see earthquakes and lightnin’.
I see bad times today.

(CHORUS:)
Don’t go around tonight,
Well, it’s bound to take your life,
There’s a bad moon on the rise

Ride into the Sun- Def Leppard 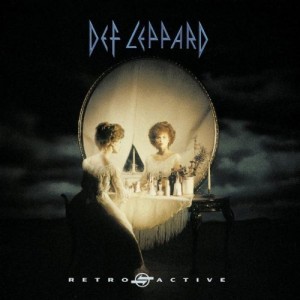 Ride into the Sun is from Def Leppard‘s Retro Active album (1993). The album held strong positions at Top 10 in both the UK and the US.
The most famous song from Retro Active is probably the romantic Two Steps Behind, which has both acoustic and electric versions of the song. Another song featured on the album with two versions is Miss You in a Heartbeat.
Ride into the Sun, originally released on the Hysteria album, was written by Steve Clark (guitars), Phil Collen (lead guitars), Joe Elliott (lead vocals) & Rick Savage (bass). Steve Clark is one of the founding members of the band. However he died in 1991 due to alcohol poisoning. His position was filled by Vivian Campbell.
This is a fast, hard rock song that starts with a mini piano intro, only to be followed by power guitar riffs afterwards.

Ride into the Sun Lyrics:

Revvin’ up, hundred ‘n’ four
Hammer down, foot to the floor
Such a hard ride
Ride into the sun
Shootin’ in
Got a ticket to ride
Movin’ out
This is no place to hide
When you’re ridin’
Ride into the sun

Joshua Radin is an American singer who mainly does acoustic (folk) songs. He is a favorite of coffeehouse playlists and his songs are predominantly used in soundtracks (especially in Grey’s Anatomy TV series and the 2006’s movie Catch and Release, starring Jennifer Garner & Timothy Olyphant).
His Sundrenched World is featured on his first studio album We Were Here (2006). It is a pretty pessimistic, slow number that talks about the end of a relationship on one side. Written by Joshua Radin.

Staring at the Sun- The Offspring

Staring at the Sun is a fast and catchy punk rock song from The Offspring, with a pessimistic yet determined mood. The song is from the band’s album Americana (released in 1998).
The song was written by the band members. Americana is one of the band’s best-selling albums, featuring 3 other hits: Pretty Fly (for a White Guy), The Kids Aren’t Alright & Why Don’t You Get a Job.

Staring at the Sun Lyrics: