Vinyl discs wear out over time. They scratch easily. They crackle. They can’t reproduce frequencies as low or as high as CDs can. They have a much higher noise floor than CDs, offering both a reduced dynamic range and noisier recordings.

So why do I still listen to most of my music at home on vinyl?

Nostalgia often comes into play, but that doesn’t explain the popularity of the format amongst younger listeners who didn’t grow up with it. What does ring true is that in a world of disposable digital files, and utilitarian CDs (that just end up getting ripped anyway), a record is a beautiful object. And the act of putting the needle down is far more satisfying than double clicking.

Finally there’s that mythical analogue ‘warmth’. There is some truth to this, I often use tubes and transformers to add life to digital recordings, but we’re talking about miniscule amounts compared to what vinyl does. That ‘warmth’ is really distortion being added. And when I’ve already done that in a controlled way, why would I want the playback format to mess with the finished product? 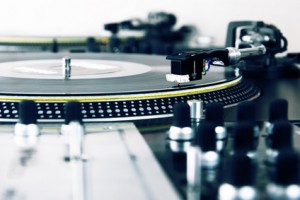 My contention is that the real reason people prefer vinyl is because of the role of DACs (digital to analogue converters) and the different approach to mastering for vinyl.

Most people don’t realize it, but the DAC is the cornerstone of a digital reproduction system. It’s the little box that converts bits into current — 1s and 0s into positive and negative charge. Cheap DACs can cause all manner of problems (usually related to a phenomenon known as jitter). The primary symptoms are a lack of depth, solidity and a smearing of the stereo image.

Being analogue, vinyl doesn’t have to go through this conversion process. And oddly enough, people often say vinyl has more depth and solidity; the same depth and solidity that you get from a high-end DAC (the one I listen through in my mastering studio cost around £900, compared to whatever’s sitting inside the £100 CD player in my living room.)

Vinyl is also a different medium to master for. For digital media — CDs and mp3s — there is an absolute ceiling of 0dB. Most modern recordings are mastered to reach this ceiling, often barely coming down from it (certainly in David Guetta’s case). Despite having much more dynamic range available to us, outside of classical and jazz, not many engineers use it (you may have heard of the ‘loudness wars’).

On vinyl, there is no absolute ceiling. The level is set by the cutting engineer. Rather than chopping off the highest peaks with the use of brickwall limiters, they are gently saturated — such is the nature of analogue. As record players aren’t portable, and don’t have a shuffle mode, it’s assumed that vinyl listeners don’t mind using their volume knob as much, so the need for the recording to be as loud as everything else is removed — allowing greater use of dynamic range. Bottom line, the source material is often actually better.

If home listeners were to hear the digital vinyl pre-masters through a competent DAC, I don’t know that anyone really would think vinyl sounded better.