Frank Zappa – Listening to his music should be enough to know why he made the list. You should also know Zappa named his children: Moon Unit, Dweezil, Diva, and Ahmet. He also states:

I never set out to be weird. It was always other people that called me weird.

G.G. Allin – This piece of work stated that real rock is about rebellion and non-conformity, treating his audience as the enemy and performing random acts of violence against them. Part of what he did was bring danger back to rock-n-roll. He used rock-n-roll as a “weapon against society, the government, and the industry itself which tries to confine this type of music.” He stated casually, he just might kick a concert goer in the head and if they are strong enough they will be friends after the concert. During one concert, the audience got the best of him and actually broke his arm. If you have a strong stomach, read about him in the book I Was A Murder Junkie. Here he is on Jerry Springer show.

Amy Winehouse – Just look at her. That should be enough to make the list. 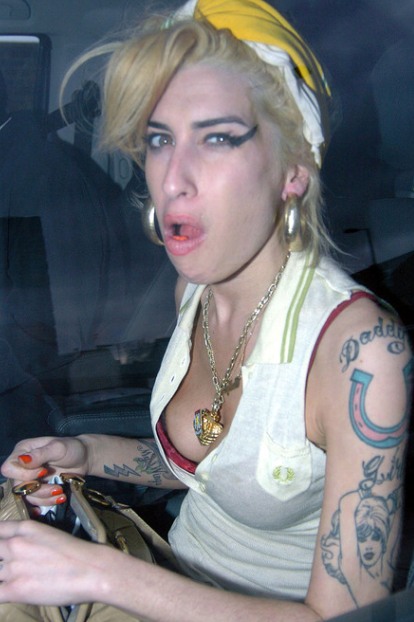 Michael Jackson – Anyone that has had as much surgery, dangles their children off balconies, and makes them wear blankets when in public view fits right into this list.

Marilyn Manson – Sweet Dreams (are Made of this) is a pop song by the  Eurythmics which made the US Billboard Hot 100 in 1983. Marilyn Manson is definitely not pop, more like alternative metal, and turned this pop song into something dark and creepy.

View the music video of the original version and the Marilyn version.

Björk – Known for her eccentric music and self-image, also known to attack the paparazzi. Back in the 1980s she formed a group named Tappi Tíkarrass which means “Cork the Bitch’s Ass.”

Mike Patton – lead singer of the rock band Faith No More and also known for his abstract and bizarre recordings. This video shows a barely coherent musical act?

Ozzy Osborne – No surprise why they decided to do a show on Ozzy (he will do what it takes in the name of entertainment). Here is a clip of Ozzy biting the head of a bat at concert.

Buckethead – never really heard about this guy until recently. This video shows he has skills. Sad to see what it takes to get you noticed nowadays.

Prince – previously, the artist formerly known as prince: this guy thought is was funny to change his name to a symbol (the guitar is shaped after the symbol); thereby, making it difficult to refer to him. The media was smart enough and “the artist formerly known as prince” caught on. Since his plan was ineffective, he decided to change his name back. Among other things, he is also into odd shaped custom guitars. 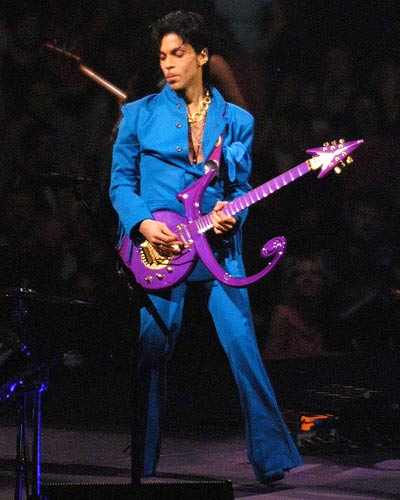 Write your comments below and tell us who would make your top 10 weird musicians.